Conversion of a vintage Mandolin to Miso-Bouzouko

If A. Stathopoulos had constructed a tzoura!

It is well known to the old Rebetiko Era enthusiasts, the influence and the characteristics which the prewar bouzouki took from the mandolin family at the beginning of the 20 th century.

Luthiers, mostly during the years of Metaxas dictatorship, and due to the bouzouki prohibition by the Greek government, converted mandolins and mandoles to miso-bouzouka ( smaller bouzoukia with a shorter scale similar to tzoura).

Inspired by these historical events, I decided to reverse the time back to the pre-war years,  and embark on an exciting future project that involves converting an unplayable, used, vintage, Neapolitan style mandolin into an A. Stathopoulos  miso-bouzouko. 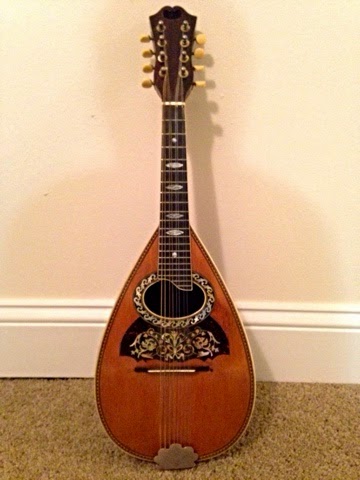 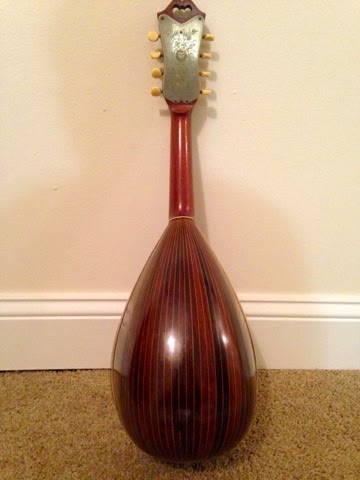 The mandolin's  soundboard is suffering by a long , thin crack, (some other smaller at the bridge's  footstep), and a serious warped condition. 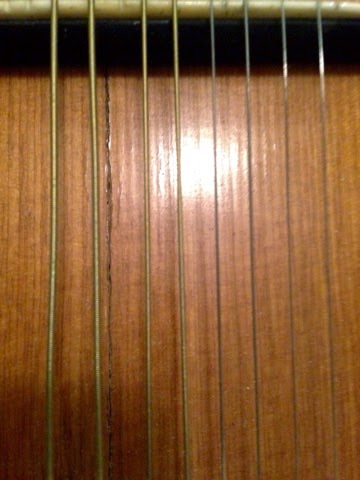 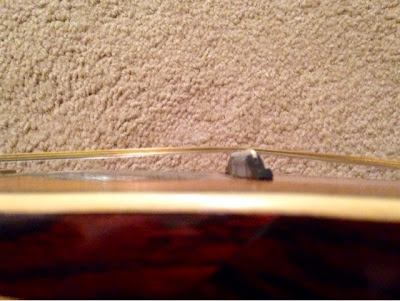 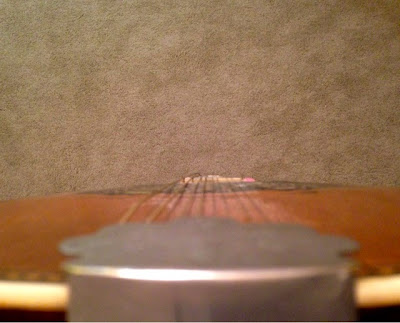 Finally, close to the pick guard and due to the extensive use of pick or feather by the player,  the soundboard has 1 mm in depth, scratches 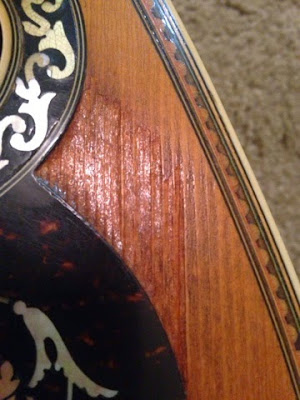 Despite its unplayable condition, what has motivated me to use this specific mandolin for my new project is the fact that Vega mandolins of this model, carry a lot of similarities in comparison to the early bouzouki instruments made by the famous luthier, A. Stathopoulos

The pick guard decoration is almost identical to the decoration of a 1910 A. Stathopoulos bouzouki 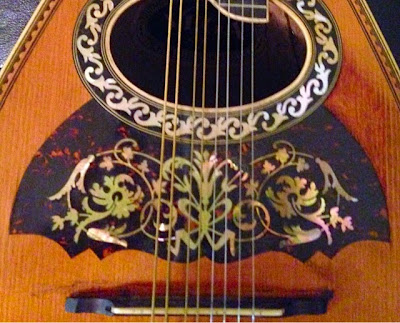 The capping strip follows the same profile as many A. Stathopoulos bouzoukia 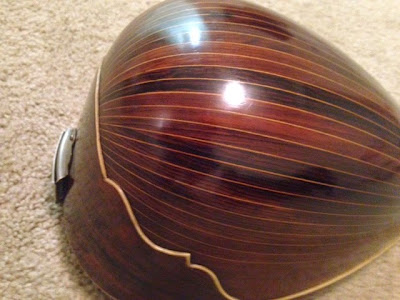 The bowl has been made by Rosewood as many expensive A. Stathopoulos models. 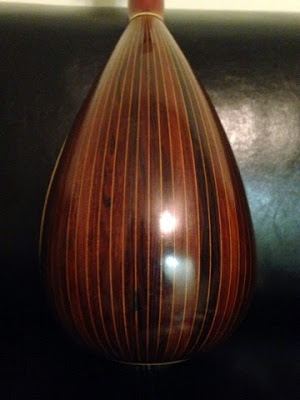 The tail piece is engraved with a beautiful flower theme, similar to A. Stathopoulos bouzoukia 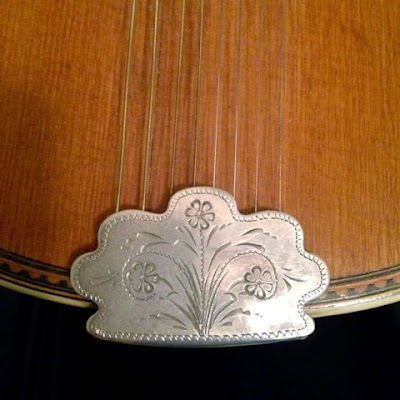 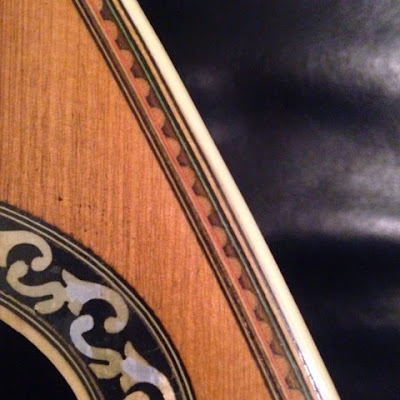 The head stock shape and opening design is very similar to A. Stathopoulos bouzoukia. 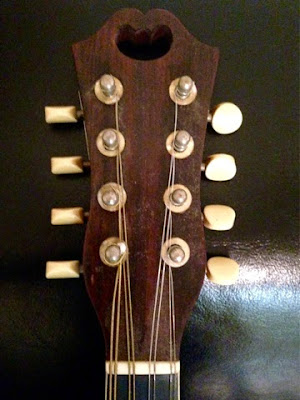 For these reasons  may not be arbitrariness,if we were assuming that A.Starhopoulos if ever had contracted a tzoura, that would be very similar to this unique project 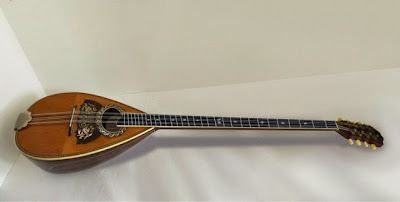 The unique attempt to transform the Vega 1910 mandolin to miso-bouzouki will be assigned to the talented hands of Giannis Tsoulogoannis , who has the knowledge and experience in restoration of historical bowl-back instruments.
He will try to revive and restore the warped soundboard to its original condition, and keep all of the original mandolins elements (expect of the neck), intact. 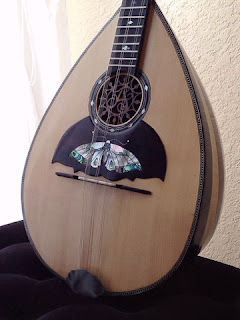